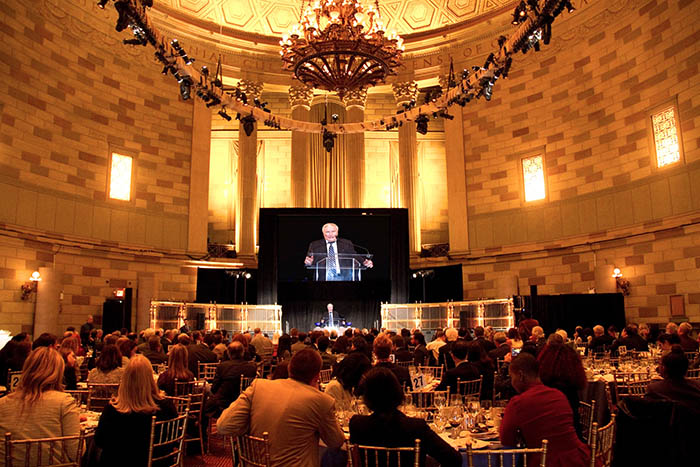 An annual celebration of THE LIBRARY OF AMERICAN BROADCASTING FOUNDATION

produced by THE IRTS FOUNDATION

The Giants of Broadcasting & Electronic Arts is an annual celebration of the distinguished individuals who have for the past century been the creators, the innovators, the entrepreneurs, the performers and the journalists who have brought the electronic arts to the prominence they occupy in the United States and the world today, and who have set the stage for the future. The next class of the best in broadcasting and electronic arts will join the honor roll in New York’s Gotham Hall on September 27, 2017.

Barbara Eden
Actress Best Known for
“I Dream of Jeannie”

Salute those who have contributed greatly to our industry, as you support the important historical preservation work of the Library of American Broadcasting, as well as the training and diversity initiatives of the International Radio and Television Society Foundation.

Checks made payable to: Library of American Broadcasting Foundation.